I told them we are going to be the King of all Crostoli and Santino replied there’s your name Mum, Crostoli King."

Crostoli King’s story began in 1994 when Margaret Incandela, a 33 year old mum with two young sons aged 13 and 8, was distributing coffee to make ends meet. Margaret did taste testings in some of her customers stores, to help with the branding and the sales of the coffee she was selling. As a side dish to help with the coffee tastings, Margaret would make a plate of fresh Crostoli, a treat that was made once a year at Xmas to share with her family.

It turned out that customers were more interested in her side plate of Crostoli than the coffee she was trying to sell. Margaret saw a niche from that initial response of the Crostoli and the store she was at placed their first order of 12 packets. That night Margaret went to her local supermarket and sourced the best ingredients they had to offer on their shelves to produce her Vanilla Crostoli.

Over the coming weeks the orders grew and the word spread from store to store, it got to the stage where Margaret would wipe out her local supermarkets shelves of their ingredients which she needed on a daily basis. Within 6 months Margaret moved her home kitchen operation into the garage of her home, utilizing help from her sons and family to meet overwhelming orders, this was short lived and Margaret took her home kitchen to a Commercial premises in Prestons. It was there that Margaret purchased here first piece of commercial equipment, a 5 kilo Hobart Mixer as her hands became worn and tired from kneading the dough day in day out.

Margaret had to expand her business after a couple of years and has since purchased a factory directly opposite her first unit where Crostoli King has now been for the past 22 years. “When I was thinking of a name for my Company, I told my boys we are going to bring out all types of Crostoli, Chocolate, Cinnamon and Vanilla ones,” Margaret explains, “I told them we are going to be the King of all Crostoli and Santino replied, there’s your name Mum, “CROSTOLI KING”. Her sons, Santino and Salvatore have been by her side every step of the way as the business has grown. Now both in their 30s & 40s the sons have been an integral part of the business. 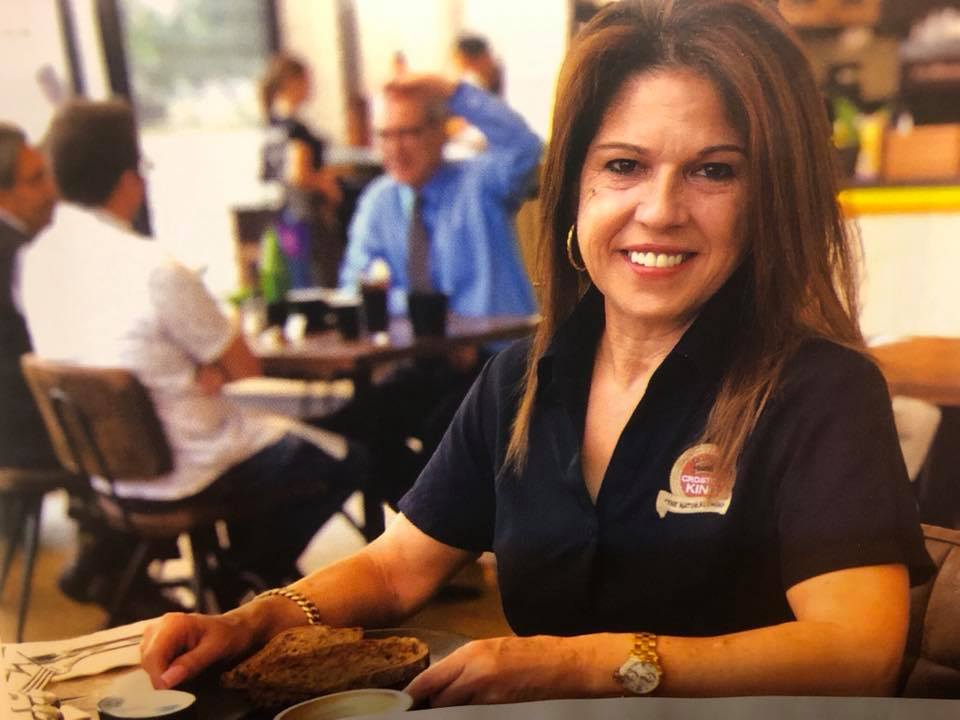 Margaret says she runs it old school and had never employed a sales rep or even had a website till 25 years into the journey. the team has grown from herself to more than 25 employees, Crostoli King has over 22 lines and is proud that the quality of their Crostoli are identical to those cooked in her kitchen at home almost 24 years ago, Margaret credits her success on her amazing and passionate staff, that in recognition have helped her to where the brand is today.

“Even though our products are Australia Wide, the recipes & flavor have not changed. We only use fresh ingredients, fresh eggs, no artificial flavors or preservatives. We sell to a wide range of nationalities, not just Italians, but Asians, Polish, Greeks and Australians, they all love them. People say our biscuits remind them of the taste they had as children, they taste like something mum would make.

Although our biscuits are commercially made today, 95% of our products are still hand made, bringing that authentic taste to your kitchen table to share with friends and family”.